Every story is different. Even my story doesn't fit the mold for stereotypical ADHD. I was a great student in my
adolescence, where many times other girls with ADHD 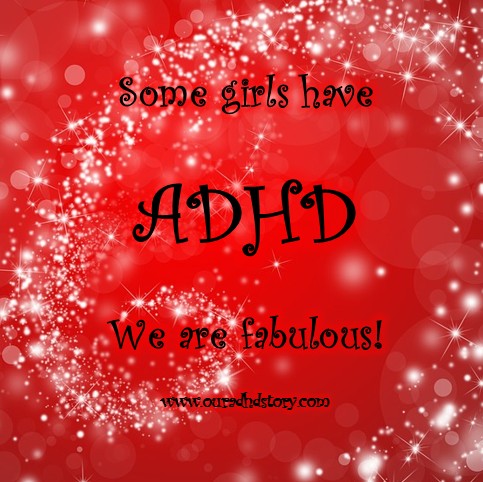 would falter. However, there was a lot of self-esteem issues when it came down to my organization and tendency to forget the simplest things. Not to mention the procrastination. In University, I began to notice that I was struggling to read books and manage to do homework even more. I struggled at writing essays. It was just so hard to stay in one place. Long story short: I was finally prescribed ritalin and it has made a significant difference. Instead of being inattentive and random, my family and boyfriend notice I am more there and honed. It was a frustrating process but I would like to say that ADHD can affect anyone at all different capacities and capabilities. You can be school smart and have ADHD.

Its frustrating getting a diagnosis when you are a female who also did well in school. It's not that I didn't have symptoms, it's that I managed to cope better than most. I went through university health services to try to get a diagnosis after my boyfriend kept pointing it out and an experience with a very low dose of ritalin before. I ended up being inconclusive and puzzled the psychologist. So I was sent to the psychiatrist to rule out a "cyclical mood disorder" like Bipolar. Psychiatrist listened and eventually he decided to try me on ritalin. Ritalin is like putting on glasses. I can keep up with normal people. I feel much more calmed and like I can function better.

So technically my diagnosis is them trying to rule out ADHD, but the medication is responding positively. My stress level has gone down since I started taking my medication. My counselor said yesterday that I am in recovery.