(Please note ouradhdstory shares opinions and thoughts from others which are solely the thoughts of the author and do not necessarily represent those of this blog.) 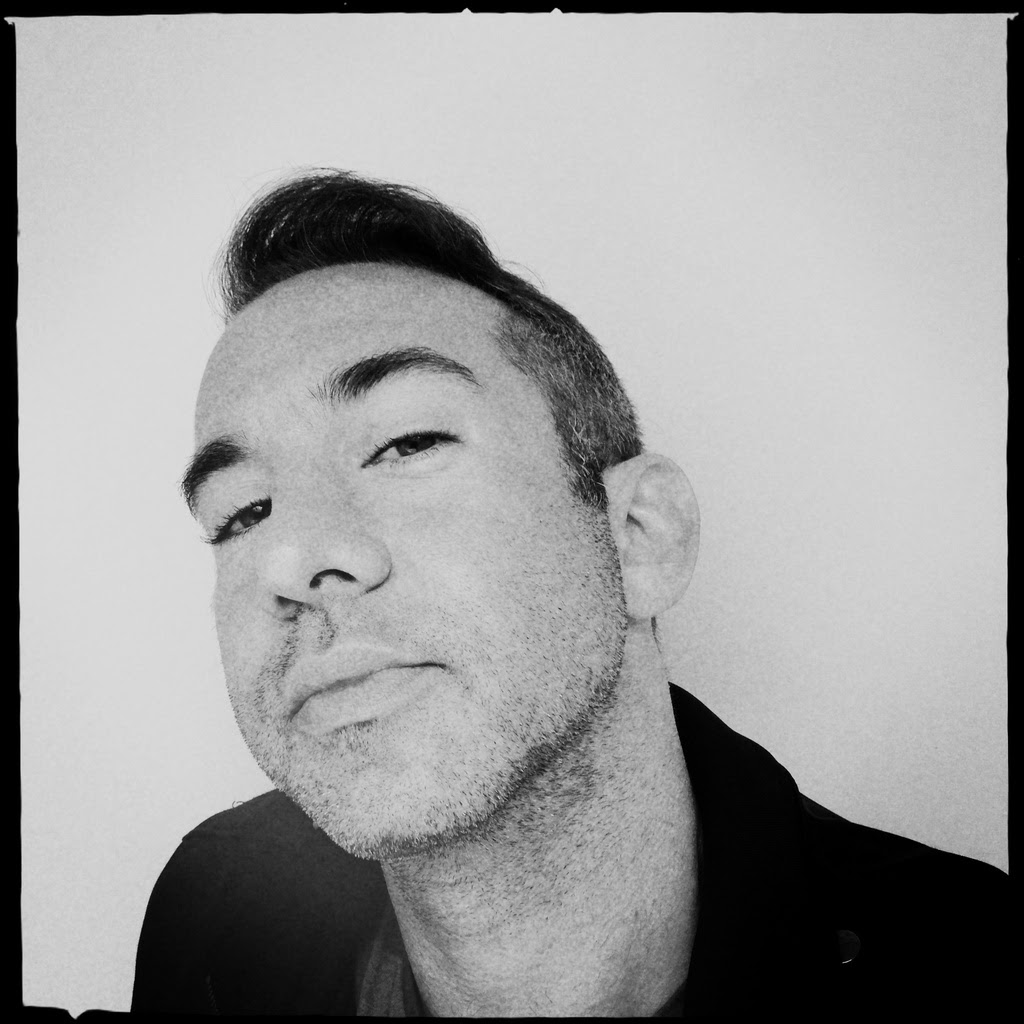 I can’t count how many times I've heard that comment when referring to ADHD. As someone living with ADHD, it can be pretty hurtful.

Here’s the thing: ADHD is a legitimate, serious mental disorder. ADHD occurs in 3 to 5% of the US population. ADHD is recognized and treated as a chronic illness. It is complex and covers a broad spectrum of symptoms. The disorder is identified in the DSM-IV by three sub-types: Predominantly Inattentive, Predominantly Hyperactive-Impulsive, and Combined. In addition to the three sub-types, there are associated disorders (comorbidities) including depression, anxiety, occupational defiance disorder, auditory processing disorder… the list is long.

I've been diagnosed with Combined ADHD by three different trained medical professionals. This sub-type of ADHD is used when six or more symptoms of inattention and six or more symptoms of hyperactivity and impulsiveness have persisted for at least six months. For me, it has persisted for years, from early childhood through the present. Unfortunately, I spent my entire life (up until mid-2013) undiagnosed.

Imagine going through life thinking something was seriously wrong with you but you just  couldn't figure out what it was.

I went through life not knowing I had a serious learning disability. No one put the pieces together. Not me, my parents, teachers, friends… not one person. How could they? I started reading when I was three years old. My first words were “air conditioner.” I was considered gifted, tested high on all sorts of intelligence-assessing standardized tests. My trajectory to academic excellence would be short-lived. By the age of 13, I had dropped all of the accelerated classes I was recommended for, and by 15, had all but failed out of high school (I entered an alternative education program at another high school shortly thereafter). I felt like a failure.

As it was, my undiagnosed ADHD brain was the cause. One of the hallmarks of the disorder is distractibility. When one is in a constant state of distraction, it is difficult to focus on tasks. Learning a new process requires attention to details and steps. The ADHD brain tends to miss steps, often critical ones, and especially when in environments which are overstimulating (like large classrooms) or in situations which are dull and uninteresting/mundane.

Imagine someone recites a grocery list to you. Even after you feel you’ve carefully jotted it down, you will most likely return from the market with some, but not all of the items. Chances are, you will return with items not on the list because they seemed interesting to you at the time. This is how distractibility can feel.

Impaired short-term memory is another symptom of ADHD; no matter how many times you go to the market with the same list, the outcome will most likely happen again and again. I can’t begin to tell you how difficult it is for me to remember peoples’ names, dates, appointments, etc. I am thankful that I work for a company which requires employees to wear clearly-visible name badges. I sometimes wish it would become a universal fashion trend.

The learning disability components of ADHD can significantly impact one’s educational path, professional development, and quality of life. Those with ADHD tend to reach lower educational levels, earn less money, and bounce from job-to-job more often than “neurotypical” people. Case-in-point: I attended two high schools, four colleges (it took over six years to earn a B.A.), and worked for ten companies in five years (I won’t divulge my salary).

Another symptom of ADHD is impulsivity. Interests tend to be short and intense. Ideas can flow like a rushing faucet but without the ability to turn it off. Many of us excel as creative types and entrepreneurs from the rush of exciting, stimulating thoughts. The flip-side to impulsivity is that it never, ever turns off. This can be a toxic combination when combined with distractibility. From my own experiences, I’ve started more exciting projects than I can count but have only completed a small percentage of them; this also contributes to feelings of being a failure. Another facet of impulsivity? The constant rush of emotions.

The most recognized but least understood component of ADHD is hyperactivity. As a child, I was definitely hyperactive. My mom has told me that when I was much younger, my pediatrician recommended I go on medication for hyperactivity (I was not put on medication). While most people with the disorder outgrow the physical symptoms of hyperactivity, the brain can remain hyperactive. Hyperactivity is linked to impulsivity in that it is in essence the engine which powers the train. When a stimulating, impulsive thought occurs, hyperactivity will make it happen.

Sometimes, this can be a great thing. In fact, I tend to feel like a bit of a superhero when a positive, impulsive idea occurs and I suddenly feel compelled to make it happen. This is commonly referred to as Hyperfocus or “super concentration.” Despite completing only a small percentage of the projects I’ve started, I have in fact completed many short-term projects. To put it into perspective: I record new music several times a week and have been doing so regularly for over 15 years. Out of the thousands of unfinished songs I’ve started, I have over 60 songs published on iTunes (many more floating around the interwebs) and close to 200 unreleased, completed songs.
The down-side to a hyperactive, impulsive brain is the extreme difficulty in filtering emotions. I have a terrible, terrible temper. I am aware of this. It is a horrible weight to bear sometimes. I have thoughts of suicide regularly (these started in my early teens and continue today). I lash out when angered and I fall to pieces when sad. When I laugh, I pour my entire soul into it. When I’m happy, I shout it from the rooftops. There are times where there’s zero emotion, and my mind and body completely shut down, like a robot. I’ve described it in the past as like watching life as if it were a movie being projected in front of you, yet you can’t touch it or feel it.

In addition to the constant flow of impulsive thoughts, the unquiet brain must contend with Hypersensitivity. This causes the brain to be extraordinarily aware of external stimuli, like sights, sounds and touch - all of it: exciting, pleasurable, annoying, distracting, etc.

I had a nervous breakdown over the course of a few months in 2013 (which ultimately led me to seek professional help and resulted in my ADHD diagnosis). The breakdown was directly linked to my environment. At work, my cubicle was situated in a brightly-lit, large, busy space against a window which faced a major construction site. Every day, for several hours, I was exposed to the constant cacophony of all sorts of loud, banging noises one would expect to hear from trucks, cranes, pile drivers, diggers, and nail guns (those drove me particularly mad because of the odd intervals one of the workers used to pull the trigger in). The daily exposure to noise caused my behavior to become erratic. Some days, I would sit in my cubicle, stare at my screen saver and cry for long periods of time. Other days, I would simply leave work after a few minutes and go work from home (despite being told I was not allowed to work from home). The noises became ingrained in my head. It heightened my awareness of all noises around me. My hypersensitivity became completely unbearable. I couldn’t be around people, especially my coworkers. Sleep became a chore (insomnia is an issue with Combined ADHD and something I still struggle with). In this time, I recorded an album of Ambient music ("We Are Infinite"). I spent many sleepless nights writing and recording the album. It became the only sound I could listen to.

My job has been accommodating to my disorder. Since then, I’ve been moved to a much quieter part of the building. The lighting is lower, there is far less people traffic, and virtually no noise. While I still struggle with the daily challenges of ADHD - time management, organization, concentration - being in an environment with far less stimuli helps. Every bit counts.

Perhaps the greatest struggle in my life has and continues to be a crushingly low self-esteem. I have very vivid memories of early childhood, of feeling “different” and “out-of-place.” I was painfully shy. As a teenager and into adulthood, I was terrible at relationships. I fell deeply in love and had my heart broken so often, more so than anyone else I knew. I couldn’t hold down jobs. I was an academic failure. I felt trapped in my own body. I didn’t like how I looked, felt, thought, acted around others… I started drinking very young. Some truly terrible circumstances in the early 00’s sent me into a downward spiral. I almost died early one morning in 2002. For years, I felt it would have been fine if life had ended at that moment, drunk and face-down on the ground, in a pile of my own sick.

Life has not been easy, but it has gotten much better since then. I’m married to a beautiful, amazing, inspiring woman. I’ve created so much music in the past decade (and finished a couple of songs along the way). I’ve been at the same job for nine years. And most importantly, I have a diagnosis. I have answers. I have the keys to my mind, an explanation for my past, and the awareness to positively deal with the people around me and those I love most in the world. Every day is a challenge, but I now know who I am and how best to deal with life’s challenges.

Yup. There sure is. I see it. Thanks for pointing it out.